Version 1.2 of C# To Go is now live in the Android Market. I also submitted the update to Amazon’s Android marketplace for approval, with any luck that will go through soon as well.

This is a small release of C# To Go, but does come with some cool additions. Most importantly, it includes support for Android 4.0 (Ice Cream Sandwich). I had received many reports from users that the app would crash on startup on Ice Cream Sandwich, so those issues should be cleared up now.

The one real feature addition in this release is that I added multi-line editing support. This was by far the most requested feature (and most common complaint in user reviews). If you prefer to keep the old style, the option is still available in the application’s settings.

Aside from that, this version does include some performance enhancements thanks to improvements in newer versions of Mono for Android. The most noticeable improvement there is that startup time for the application has been cut down by a lot. I also added a splash screen shown during startup to make it feel a little nicer.

I have some more improvements I’d like to make to the app as I have time, but I wanted to make sure I got this out ASAP since I didn’t want to leave Ice Cream Sandwich users hanging. I hope you all enjoy the update, and happy New Year! 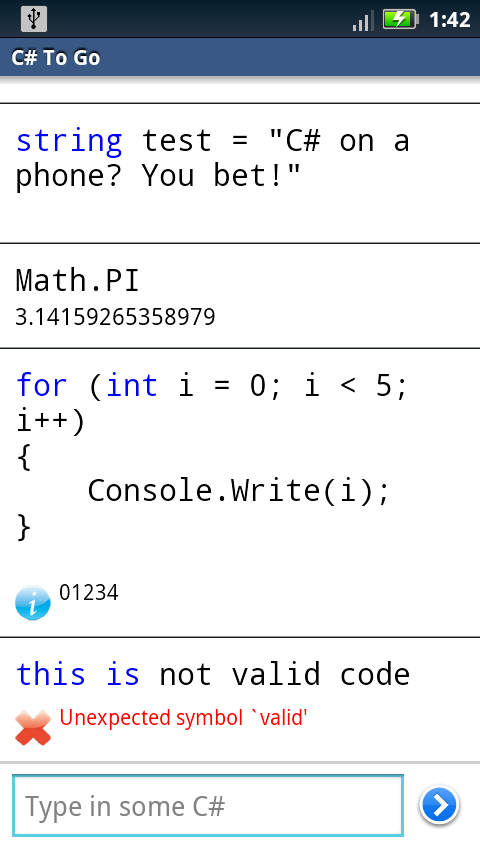